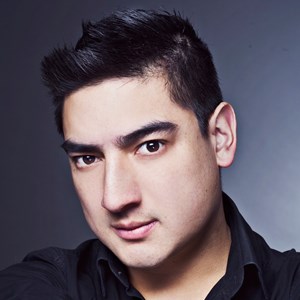 Kiwi ex-pat now resident in the UK and performing regularly all around the globe. Highly recommended

Since moving to London in 2010, Javier Jarquin is now a circuit and festival regular in the UK. He hosts and headlines for major Comedy Clubs and has performed in over 20 different countries. Javier is known for his striking delivery and well crafted jokes.
In New Zealand he won Best Local Show Wellington at the 2010 New Zealand International Comedy Festival and is a Iron Chicken winner from the World Buskers Festival 2012.

He is also well known for his CARD NINJA act, racking up over a million views on YouTube as part of Pepsi Max's Unbelievable series.

Javier JARQUIN is avaliable for hire. Click here to enquire.