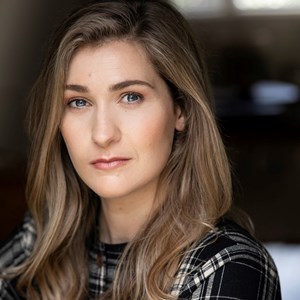 Brynley Stent is an Actor, Comedian and Writer who was born and raised in Christchurch, where she got her early start at improv comedy through the High Schools Theatresports programme there. She has a Bachelor of Performing Arts (Acting) from Toi Whakaari: New Zealand Drama School.

Brynley was nominated for Best Newcomer at the New Zealand International Comedy Festival 2016 for her solo comedy show Escape from Gloriavale and is a member of the hit weekly show, SNORT, on at the Basement Theatre. Brynley was a performer and writer on TV3s Jono & Ben and Funny Girls and appears regularly on popular comedy shows 7 Days and Have You Been Paying Attention?

Brynley is well known for her character, sketch and absurdist comedy.

"She (Brynley) has fast become a master at a unique blend of absurdist, character comedy, notable for pushing already bizarre concepts to their extremes." - NZ Herald May 2019

Brynley STENT is avaliable for hire. Click here to enquire.