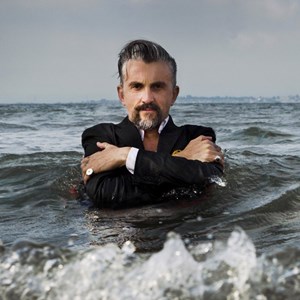 Markus Birdman is one of the leading comics on the UK and international live circuits.

He regularly headlines The Comedy Store and has performed sell out solo shows at the Edinburgh Fringe, Adelaide Fringe, Melbourne Comedy Festival and New Zealand Comedy Festival. He has delighted audiences from China to Mumbai, and from Singapore to Sweden.

Markus has appeared on BBC Radio 4, BBC Radio 5Live, BBC Radio Scotland & Wales and on BBC and ITV television shows in the UK as well as regular appearances on Paramount Comedy Central and Live at the Comedy Store.  He has filmed comedy specials for Scandinavian TV (Kanal 5), and another in The Netherlands (Vara TV), which is now available on Netflix. He's even baked a pie on Good Morning New Zealand (which is very nearly a comedy channel).

He is also a graphic artist and has become known for his unique hand drawn backdrops and prints used on stage for his solo shows. His handy work can also been seen in The Classic Bar - an incredible mural completed in 2014.

No stranger to New Zealand, Markus joins us for his 4th! NZ Comedy Festival.
5 minutes into his set and it's not hard to see why .. the man is a comedy demi-god (so say The Classic Staff).

Markus Birdman made a big impression in 2013 on the 5 Star Comedy Tour, The Big Show and with a short season of his acclaimed solo show 'Love Life and Death'. He returned again in 2014 with his second solo masterpiece, 'Happily Ever After' and the Comedy Convoy touring around NZ and delighting audiences from North to South Island. We just had to ask him back for a third season in the 2015 NZ International Comedy Festival with his 3rd solo show which was nominated for an Amused Moose Best Show Award at the Edinburgh Fringe later that year.

And so he returns in 2017 with his new anticipated masterpiece ... we're super excited!!
"Between the Devil & the Deep Blue Sea"

"Birdman is the all-round package; witty, controversial, hip, topical and silly. A master of timing and physical comedy, he made me laugh so hard it hurt"
BBC

“Markus Birdman is a master storyteller, charming the audience into the palm of his hand with his casual and affable approach to performing”
Keeping Up With NZ (Review Sat 25 Apr 2015)