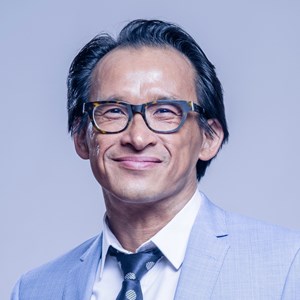 Wellington comedian Raybon Kan has performed at comedy festivals in Montreal, Edinburgh and Melbourne. He's the author of three books: America on 5 Bullets a Day (a travel book focusing on tennis and Martin Luther King); 5 Days in Las Vegas (a collection); and An Asian at my Table (also a collection.) His stand-up career began in Wellington, with a show at Bats called Egotesticle, revealing a fatal weakness for title puns. Other show titles include Demeaning of Life, Raybon of the Lost Ark, and a Christmas show, Clear and Present Manger. Challenged to come up with a James Bond title for a show, he chose The Man With the Golden Raybon, instead of much stronger candidates Raybon Never Comes, or Raybonpussy. He also came up with the title for the NZ comedy/horror film, Diagnosis: Death.

Raybon KAN is avaliable for hire. Click here to enquire.