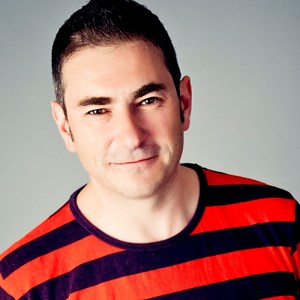 Our man in Southland - 20 year veteran of the NZ Pro circuit.

Terry Frisby is a 20 year kiwi comedy veteran who spent 10 years on the world renowned UK comedy circuit. One of the regulars at the Classic in its early days, he now resides back in the deep south of NZ where he is a regular host of shows in all the southern hot spots from Stewart Island and Queenstown to Gore and Invercargill. He has over 25 television appearances under his belt including Stand Up Britain, The TV2 Comedy Christmas Cracker, Pulp Comedy and The Unofficial World Records of Sex.

Terry FRISBY is avaliable for hire. Click here to enquire.