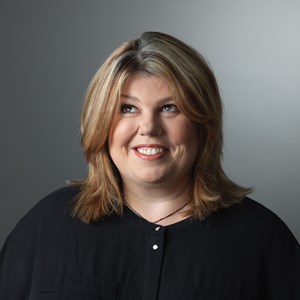 Ex-pat South African and now NZ’s own, Urzila Carlson is one of New Zealand's most loved comedians.

Since taking the comedy stage in 2008 she has racked up an impressive array of awards and is now a regular on our TV screens.

Urzila's natural cheeky, straight up style will have you eating out of her hand* the moment she takes the stage and you’ll want to be her friend.

Internationally Urzila is a sort after act with several out seasons at the Melbourne International Comedy Festival and multiple television appearances on Australia's ABC network. Urzila has also sold out festival shows in Perth, Sydney and Adelaide Comedy Festivals and even performed at The Sydney Opera House.
Not to mention have taken the Edinburgh Fringe Festival and London Soho Theatre by storm!!

An international sensation, it's a rare treat when Urzila is home to perform at The Classic.
DON'T MISS HER!

What the reviewers have to say:

“...extremely witty comedy that will have you in stitches from start to end.” Appetite for the Arts

"piling laugh on laugh in a quick fire presentation" - GlamAdelaide 2011

"Carlson is a gifted and accomplished comedian - an absolute must-see.” Appetite for the Arts

Looking to hire this comedian?
One of the busiest ladies in NZ's comedy scene, this tends to limit their availability.
This comedian is not available for birthday parties, anniversaries or weddings. Sorry.
Drop us a line with details of your corporate event and we'll pass it onto their management.

Urzila CARLSON is avaliable for hire. Click here to enquire.