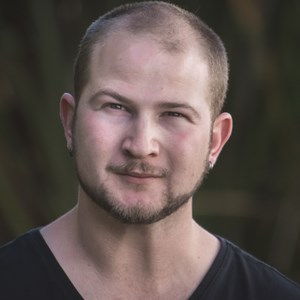 Seemingly existing entirely to answer the oft-wondered question "what does one get when you cross Jedi Master Yoda with an Upper Hutt bogan?", Patch Lambert has become regular fixture throughout the NZ pro comedy scene.

With his his own style of stand-up mixing honest and reflective storytelling with sharp gags and trademark cheekiness, he's captured the hearts and laughter of audiences all over the country.

He was also nominated for the 2017 Billy T Award, has written for TV3's '7 Days', and regularly appears on TV3's 'The Project'.

"An incredibly funny comic... But he should be at home looking after his kid" - Brendhan Lovegrove

"One of my favourite young comedians in the country. Gag after gag, no pretentiousness

"If you can get through one of Patch's shows without grinning like an idiot, you should check your soul. He's so likeable you almost want to hate him. Almost." - Jeremy Elwood

" ... extremely well written and he looked incredibly confident on stage. Performing anecdotal gags about his hectic life almost comes naturally for him, with delivery and timing being a massive strength. " - Shoutoutmag

"I honestly consider it one of my highlights of the festival. " - The Speakeasy

"...all the elements of a suburban Kiwi icon" - Theatreview

Patch is based in Wellington, New Zealand.

Patch Lambert is avaliable for hire. Click here to enquire.