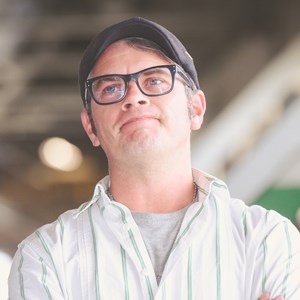 He hates it when people bring it up, but Justin "Rusty" White is a critically acclaimed, multi award winning comedian. Who wouldn't be embarrassed by descriptions of his "virtually uninterrupted hour of laughter" show I Learnt Something Once like "a gem of a show", or the somewhat over the top "finely polished masterwork" (Theatreview). How would you like being described as "can only be described as hilarious" (ArtMurmurs Wgtn). How would you recover from being "undoubtedly the highlight of the night" (Caclin magazine) then going on to win Best Comedian (2016 & 2017 Chch Comedy Awards)? All right, we get it! Jeez. Rusty wishes people would stop going on about it…