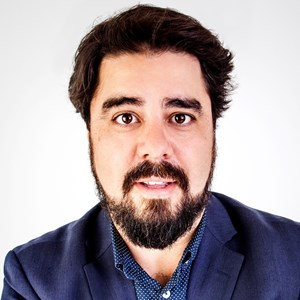 Star of hit TV3's 7 Days, Ben Hurley is one of the success stories of New Zealand standup comedy. Winner of the two biggest comedy awards in New Zealand - The 2004 Oddfellows Billy T award and the 2008 Fred Dagg award, Hurley is a headline act in his native NZ but also on the highly competitive UK circuit. In 2008 he supported Irish superstar Ed Byrne on a 70 day sell out tour of the UK and Irelend.

With a massive but hugely likeable stage presence, Hurley can win over even the toughest room. A sharp improvisational mind and well honed original material make Hurley a popular act with audiences and critics alike.

One of the few Kiwi acts to be invited to perform on the prestigious Comedy Store TV show on the Paramount Comedy Channel. Also, one of the stars of the UK Festival Circuit playing to thousands in the comedy tents at Reading and Leeds Festival, Bestival and Latitude.
In 2008, Hurley starred along side British comic, Andy Parsons, in a new BBC Radio 4 Sit Com "The Lost Blog of Scrooby Trevithick".

"Excellent timing, belly laughs and an easy charm make him a likeable and extremely funny presence. Like all good standup comedians, he has a unique world view and happily invites you to take a look around." Christchurch Press - January 09

"One of the Most exciting young Standups on the UK circuit and hes a Kiwi!" InLondon Magazine 2007

"He can be easily consumed as pure entertainment" Metro (UK) 2005

Looking to hire this comedian?
This comedian is not available for birthday parties, anniversaries or weddings. Sorry.
Drop us a line with details of your corporate event and we'll pass it onto their management.
Ben Hurley is managed by Notorious Management Ltd

Ben HURLEY is avaliable for hire. Click here to enquire.