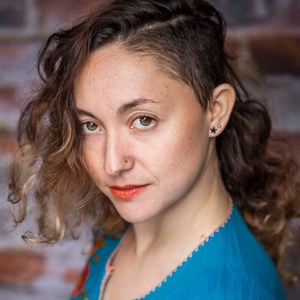 New Zealand's very own Mexican pocket rocket, China Gonzalez, has been a feature of the Auckland comedy scene since 2015.

China has made three appearances at the New Zealand International Comedy festival and is the driving force behind Spanglish Comedy, a recurrent bilingual comedy show. She's here to make you laugh, in whatever language you prefer.

"It's 'Cheena', not 'China'"- China Gonzalez, every single day

Reviews:
"A big ball of Latina energy...leaves the audience wondering if she is just a little bit crazy, or is that just cultural differences" - NZ Comedy Review

China Gonzalez is avaliable for hire. Click here to enquire.