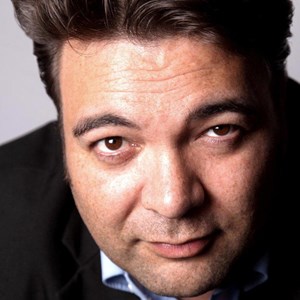 Fresh from 2 years on the Pro Circuit in the U.K.

Andre King has come home to these hallowed shores bearing tales of far away lands, strange customs and even stranger people.

In only six months, Andre went from 'unknown' to headlining the biggest clubs in the UK. After a couple of years he was sharing the stage with the likes of Jimmy Carr, Lee Evans and in November 2012 will be working with Bill Bailley in Jakarta.

Now based back in New Zealand, you can expect to see a lot more of Andre on television with a guest spot on Auckland Daze Season 2, as well as three TV projects in 2013.
In addition Andre will be touring with shows in the UK, Hong Kong, South Africa, India and New York.

"King was hilarious! Had the audience in the palm of his hand…" Kelly Badman - South Waikato Times NZ

"Kings comedy is like the squeaky hinge on the lid of Pandora's box!" Mark Neilsen - Radioworks Dunedin NZ

"King is funny, witty and confident, his presence is as large as his suit!" Joseph Trotter - Three Weeks Edinburgh

"…stand up comedy of the highest caliber, devastatingly funny!" Lachlan MacIntyre - Cream of The Fringe Edinburgh

Andre KING is avaliable for hire. Click here to enquire.