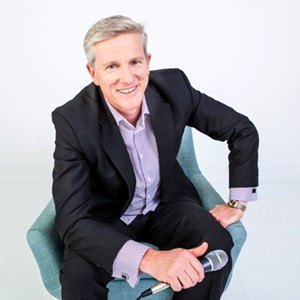 Terry Williams is a veteran internationally in-demand comedian and MC.

He's not crude. He's no clown. Terry Williams is a clever, business-savvy humourist. Terry is equally at home performing in pubs ‘n’ clubs as he is at upmarket conferences and corporate events throughout Australasia.

•          A regular fixzture at conferences and corporate events around New Zealand, Australia and Asia-Pacific, blending workplace-appropriate humour with some learning whilst laughing.

•           Terry’s been performing stand-up since 2001 and has just returned in 2016 from performing in San Francisco, Los Angeles, Las Vegas and Singapore.

"A unique brand of comedy that inspires as well as entertains, with wisdom among some well-woven tales.” – keepingupwithnz.com
"He takes to the stage like a seasoned pro... some of the best punchlines I’ve heard. Terry’s superb comedic timing and innate ability to tell and build up a good story will have you hooked. His stories are engaging, well written and just downright funny." - Whimsical Banana

"Not unlike a jovial Hughesy onThe 7pm Project from across the ditch in Australia and has a charm of his own... remarkably good." - TheatreView (2015)

"A collection of humourous rants to tickle your funny bone or break it." - Air New Zealand KiaOra Magazine
"Great to laugh at clever and well presented comedy" - Nelson Arts Festival

Terry WILLIAMS is avaliable for hire. Click here to enquire.