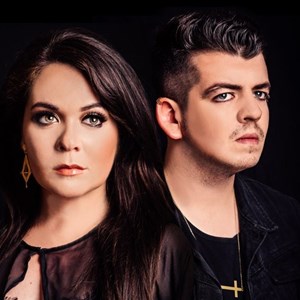 The biggest powerhouse-pop-duo on the NZ comedy scene!

A new sensation sweeping NZ Comedy with their catchy original pop hits, this music duo burst onto the scene in 2017 with their sell out debut show in the NZ International Comedy Festival. Laura and Joseph showcase their comedic, musical and dance talents in a knock out performance that stormed the Festival.

Quickly become a Festival Favourite, the group were nominated for the Billy T Award in 2018 and next stop Edinburgh Fringe 2018!

"Daniel an exceptional singer and Moore a talented producer (and both of them successful comics) the songs sound authentic and the lyricism is genuinely funny." - NZ Herald

“a combustible duo that sizzles on stage” – nzgirl.co.nz

Two Hearts is avaliable for hire. Click here to enquire.