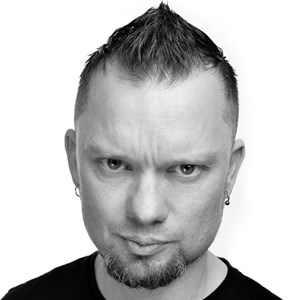 He's been declared a highlight of the 'Glasgow International Comedy Festival' by The Scotsman, a highlight of the 'Manchester Comedy Festival' by The Manchester Evening News, featured on Australian TV’s 'The Comedy Channel', won Canada’s annual 'Improvaganza' Tournament, and performed at Download, the UK's biggest rock festival, every year for over a decade.

After becoming the first ever Wellington based winner of NZ's national 'Raw Comedy' Quest' and appearing in 4 series of TVNZ's original stand-up series 'Pulp Comedy', Sully O'Sullivan did something that was then unthinkable for a Kiwi comic, he broke the international circuit, and simply never came back.

Come and see why Manchester based stand-up Sully O'Sullivan might just be the most successful New Zealand comic you've never heard of.

Sully O'SULLIVAN is avaliable for hire. Click here to enquire.