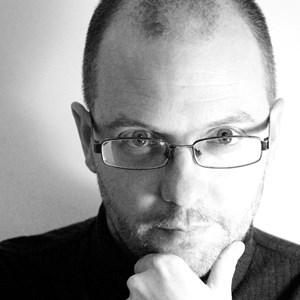 Quick-witted, clever and with a love of puns (Christchurch Pun Champion 2017), Jeff is equally at home with observational humour as he is with whimsical or surreal flights of fancy.

A member of The Court Jesters since 1996, Jeff regularly appears in NZ's longest-running improv comedy show, Scared Scriptless, and as a corporate entertainer around the country. He also performs as Gary Starlight (most recently at the 2019 World Buskers Festival), half of musical duo Bigger Than Beetles, and as a variety of other characters. You can also see (and/or hear) him as a regular panelist on comedy podcast show The Nerd Degree.

If you want comedy that makes you laugh and makes you think, or just someone to talk nerdy to you, Jeff's lightning-fast comic timing works just as well off the cuff as with expertly-crafted material.

Jeff CLARK is avaliable for hire. Click here to enquire.