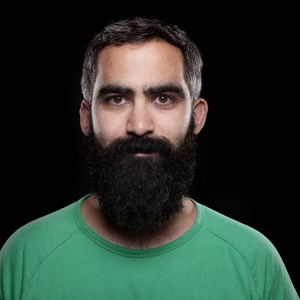 Jerome Chandrahasen has performed in every New Zealand International Comedy Festival from 2004-2013.

He is a regular MC and has performed in multiple NZ Fringe Festivals, as well as hosting the Wellington Raw Comedy Quest, and appearing on TV2's Christmas Comedy Cracker hosted by Rhys Darby.

2014 performances included his solo show Same Same Different at the Edinburgh Fringe Festival, London's 4 Kiwis Walk into a Bar with Jarred Christmas, and as a speaker at the Oxford Union comedy debate.

Jerome is currently based in Wellington, New Zealand.

"had the audience hanging off every word...uniquely enjoyable" - The Lumiere Reader

"Standout act of the evening...stories that connected both to laugh at but also with a reality that hit home" - Theatreview.org.nz

"Chandrahasen's calibre as a comedian is brilliant; don't miss anything he might do in the future" - Nelson Mail

Jerome CHANDRAHASEN is avaliable for hire. Click here to enquire.