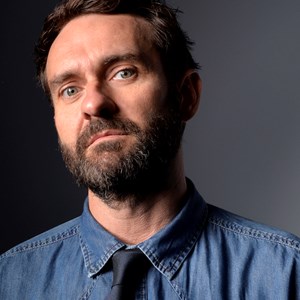 Gordon Southern is the international word clown.  (That's a fun fact!)
His upbeat and energetic delivery combined with his fantastically funny observational comedy & quick witted improvisation has secured his place as an audience favourite all over the world.

Gordon is a regular headlining comedian on UK and International circuit.

A highly regarded international act, he’s worked in many exotic & challenging places, including Afghanistan, The Falkland Islands, Kosovo & Liverpool.
He’s sold out a 700 seat theatre with a solo show in India; performed a two-hour long one man show in Indonesia and has regularly topped the bill in Singapore, Dubai, Cyprus and New Zealand.
He has enjoyed several sell out runs at the Melbourne International Comedy Festival.
As well as his first ever Serbian comedy festival as a headliner.
As an MC he’s played all over the world including a residency at Edinburgh’s notorious “Late N Live” since 2011.

His TV appearances include recent spots on ABC2's Stand and deliver and Up Late at the Melbourne Comedy Festival. As well as the warm-up guy behind the scenes for BBC's Have I Got News For You, QI and Never Mind The Buzzcocks.

Gordon returns to the 2017 New Zealand International Comedy Festival with a new show as well as a few spots around town .. look out for him in April and May 2017.

“Comedy that hits you right between the eyes… It’s no surprise he has accolades piling up like some comedy war hero. He’s a great act.” - Dominion Post, NZ  2014

“Gordon Southern is honest, energetic, and a great storyteller. And the title just might be true: he is awfully close to becoming my new favourite comedian.”  - Theatreview, NZ 2014