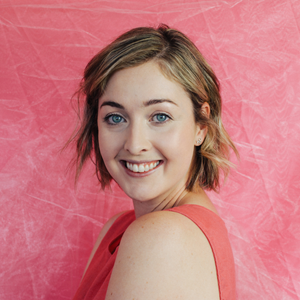 Lesa is a Wellington-based comedian, writer and improviser.

In July 2020, armed with six minutes of jokes about Stage Challenge and thr*sh, Lesa began her stand up “career”, going on to nab the Runner Up spot at the Wellington Raw Comedy Quest and then nabbing no spot whatsoever at the National Raw Quest Finals. Despite this, she went on to win Best Newcomer at the 2020 Wellington Comedy Awards and is now a regular on the Wellington pro circuit.

Lesa has also been performing improvised comedy since 2016, most recently at the 2021 NZ International Comedy Festival (NZICF) show, BabeShop.

In 2019 Lesa co-wrote/directed/produced the sold out season of The Koru Hour for the NZICF.

Absurd characters and fast-paced silliness are her jam.