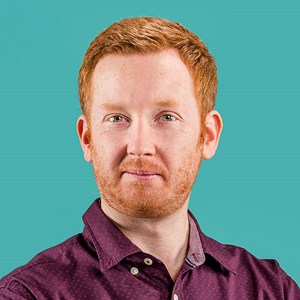 Luke McGregor is a writer, actor, and one of Australia’s favourite comedians.

He launched his comedy career in 2007 and was a national finalist in Raw Comedy the following year. Luke’s first solo show ‘My Soul Mate Is Out Of My League’ played to sold-out rooms and won the prestigious MICF Best Newcomer Award. He went on to perform a hugely successful season at London’s Soho Theatre.

Luke has had acting roles in Utopia, Legally Brown, Time Of Our Lives, Please Like Me and It’s A Date. He is the presenter of the six-part documentary series Luke Warm Sex, a show which took an honest and humorous look at all things ‘sex’.

In 2020, Luke finally found a use for his Economics degree, joining The Weekly with Charlie Pickering for his ‘Lukenomics’ segment. Luke is the co-creator, co-writer and co-star of the smash hit sitcom Rosehaven with Celia Pacquola for ABC TV, for which he won Most Popular Actor at the 2019 TV Week Logie Awards. The fifth and final season of Rosehaven aired on the ABC in 2021.