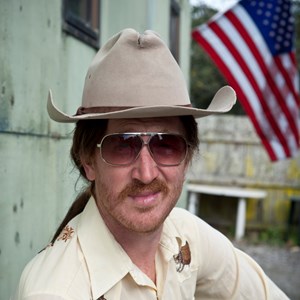 Hailing from Cripple Creek Colorado, country music legend, Wilson Dixon's melodic philosophies on life have seen him become one of the most loved characters on the Aust, UK and NZ circuit.

He has had sold out season's at The New International Comedy Festival and has won awards for "Best Show" and in 2010 he won the supreme Festival Award "The Fred" for outstanding artistic achievement.

Before sweeping the New Zealand International Comedy Festival his show"Wilson Dixon's American Dream"played to rave reviews at the 2009 Edinburgh Fringe and 2010 Melbourne International Comedy Festival. Directly after the Edinburgh Fringe Wilson went on to appear in his own 4 part radio series for the BBC - "The Wilson Dixon Line" which received a second transmission in 2010.  "The Wilson Dixon Line" was also broadcast on Australia's ABC Radio in January 2011.

Wilson has performed at almost every UK comedy venue and Festival including the Edinburgh Fringe, Glasgow Comedy Festival and the Leicester Comedy Festival to name but a few. Wilson has also appeared on the NZ Zealand International Comedy Festival's " Comedy Gala" 4 years in a row, and in 2009 he appeared in the "TV2 Christmas Gala" and the ABC's "Spicks and Specks" in Australia and Paramount UK's "The World Stands Up". Wilson has also supported live tours with UK greats Stewart Lee and David O'Doherty. In July 2010 Wilson completed a successful tour of the UK with "Wilson Dixon's American Dream". Wilson was the headline act in TV2's "Comedy Christmas Cracker - The Work Do" 2010 and was invited to appear in TV3's "7 Days" 2010 season finale  and also featured as a headliner in TV2′s "Comedy Jam - A Night of Musical Comedy".

Wilson's 1st album, "Wilson Dixon's Greatest Hits" received massive success with 3 singles from that album topping the NZ iTunes Top 100 Comedy Songs in 2010 - "Never" #1, "Philosophy" #1, "The Mirror" #2. Excerpts from this album have also featured on ABC Radio in Australia, across commercial radio in NZ and in the UK.

Wilson  released his second album in 2011 "Introducing Wilson Dixon" which features one of his biggest hits "Life" and includes favourites "The Boss" and "Sticks and Stones".

Looking to hire this comedian?
This comedian is not available for birthday parties, anniversaries or weddings. Sorry.
Drop us a line with details of your corporate event and we'll pass it onto their management.
Wilson Dixon is managed exclusively by Creeping Charlie Ltd www.creepingcharlie.co.nz

Wilson DIXON is avaliable for hire. Click here to enquire.