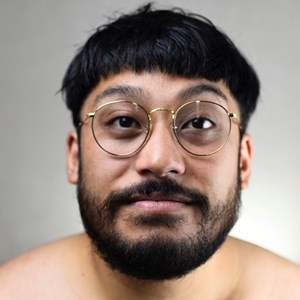 David grew up in Christchurch and after deciding stand up comedy and performing arts was the career he wanted to pursue, David moved to Auckland in 2014 and has been making big strides since the move including being given the "Comic Originality" award at the 2015 Comedy Guild Awards.

His style of comedy can be described as a big ball of manic energy that even his body can't keep up with.

"David Correos, seems only to have to stand there to get laughs" - Theatreview (Aotearoha: Rising Stars)

His energetic performance leaves him panting for air and the audience begging for more. - Metromag

A one-man circus who will do practically anything to entertain an audience for the genuine love of it.- Theatrescenes

Looking to hire this comedian?
This comedian is not available for birthday parties, anniversaries or weddings. Sorry.
Drop us a line with details of your corporate event and we'll pass it onto their management.
David is managed by Notorious Management Ltd