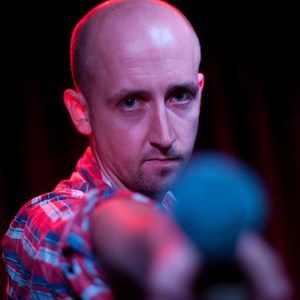 Stranded in NZ by Covid, Scottish comedian just has to make the best of a pandemic and get gigging at NZ's home of live comedy

A rare sight in NZ in 2020 - an international touring comedian.

Gary Sansome is a tough speaking, (to English folk anyway) off the wall Scottish Comedian and MC. Gary has performed across the globe at some of the biggest Comedy Clubs in the UK, Ireland North America, Australia and Mainland Europe including Carolines on Broadway in New York CIty, Yuk Yuks in Toronto and the Comedy Lounge in Perth, Australia.

He has performed 5 Edinburgh Fringe Shows in 2011,2014,2015, 2016, 2017 and performed his debut solo show The Bald and the Bold at Adelaide Fringe in 2014 where he was called “Amusing and Satisfying” by Krystoff Raw. His  sold-out Edinburgh debut show Bald Man Sings Rihanna received both audience and critical praise including a 5 star review from Bunbury Magazine. He annually hosts Scotfest in Tulsa, Oklahoma one of the biggest festivals celebrating Scottish Culture in North America – the festival attracts over 30,000 people across the weekend.