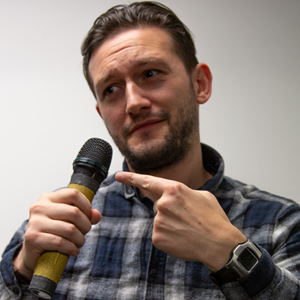 A UK ex-pat and 'scouser' , now a fresh face on the local comedy circuit

Mike Kevan started performing comedy back in the heady days of 2014. When the world made sense, and Friends wasn't considered racist. Starting his comedy career in the various corrupt open-mics of London, before escaping to Auckland in 2016.

Fast forward to when you're reading this and Mike is a prominent fixture on the NZ comedy scene. The likable scouser is a wordsmith and a jokesmith, able to stretch whole sets around topics such as balls, potatoes, and other spheroid objects.

Mike KEVAN is avaliable for hire. Click here to enquire.