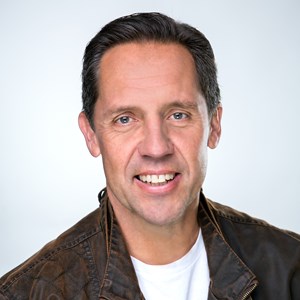 Andrew Clay may not have done it all but he has done an awful lot of it!

A 5 STAR NZ COMEDIAN
'Andrew Clay's comedic abilities are internationally unique and clever, he can entertain any audience. Very few comedians can bring the house down every time they step on stage, Andrew delivers every time.'  George Sarris - Executive Producer of The NYC Underground Comedy Festival

Andrew has been a top comedian for an incredible two decades not only in New Zealand but across the English speaking world and he shows no signs of slowing down. He's played everywhere from combat zones to prisons, from cancer wards to cruise ships. He's still as sharp and raw as he was when he completed his comedy apprenticeship 20 years ago in Australia. He returned home in '94 just as the embryonic NZ comedy scene blossomed.

Not only has Andrew mastered a raft of different comedy environments in several countries, he also has a remarkably eclectic list of radio and television credits. He remains most well-known for his regular appearances on Pulp Comedy, the Comedy Gala and host of Candid Camera and Bloopers. Other TV appearances range from guest appearances on Good Morning, to presenting World Cup Football Highlights on TVNZ and a reoccurring role of Shortland Street's DHB baddie. Clay is also a regular on national radio, having hosted Radio Live and as a guest on Radio Sport. He's even been a Morning Pirate on Radio Hauraki.

Andrew's writing credits are equally varied, including late night chat shows, cartoons and documentaries. Clay has also written, produced and performed in his own popular comedy play independently and as part of the International New Zealand Comedy Festival for a number of years.

Andrew may not have done it all but he has done an awful lot of it!

2013 M2 Magazine Comedian of the Year

Andrew CLAY is avaliable for hire. Click here to enquire.