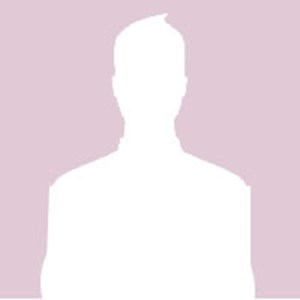 If there is improv work to be done, Derek will be first in line to do it.

Derek Flores is a Canadian improvisational import with over 17 years of comedy experience.
Beginning in 1988, Derek joined world renown improv training theatre Loose Moose Theatre Company under the eyes of internationally respected author and teacher Keith Johnstone. Applying the principles of 'saying yes', and 'advancing narative' Derek became a street performer in 1991. Using the improv techniques he learned he parlayed them into a career that saw him travel to festivals in Adelaide, Christchurch, Halifax, Nashville, Orlando, Edmonton, and Edinburgh to name a few. Derek and two others, Eric Amber and North Darling, became known as The 3 Canadians.

Over 9 years Derek and The 3 Canadians developed four one-hour-long theatrical comedies that toured extensively culminating in a nomination for a London Television writing award at The Edinburgh Fringe Festival and several sell out seasons at The Melbourne International Comedy Festival.

In 2001 Derek moved to Toronto to pursue his acting career (Texas Rangers, Way Down Town) in tandem with advancing the notoriety of his new improv duo and festival MC favourites, Hot Nuts & Popcorn. Almost immediately upon relocating Derek Flores joined the famed Second City Theatre, home to such comedic talents as Mike Myers, John Candy, Dan Akroyd, and Ryan Stiles. Climbing the ranks from touring company to main stage cast Derek was a part of 4 main stage shows, 2 of which he helped co-write.

Early in 2006 Derek was hand picked to represent Canada at the World Improv Tournament in Germany during the World Cup. Creating The Canadian Shield, Derek and his two team mates secured first place out of a field of 16. After spending the summer in Europe teaching in various cities (Oslo, Rotterdam, Zurich), Derek Flores made the move to Wellington.

Within the first three months pf his move Derek had won The New Faces competition at The San Francisco Bath House, and had been nominated as Best New Comer at the Wellington Comedy Awards.

Making the 2007 Wellington Fringe his professional coming out party, Derek not only performed with The Improvisers in "Camp", and with W.I.T, but also debuted his first one man show "Dude…I'm A Unicorn" and also hosted the late night phenomenon The Chit Chat Lounge.

After a 6 week tour of Australia including The Adelaide Fringe, Derek returned to the 2007 NZ Comedy festival with a new one man improv show (with guests), Derek'T From Canada and seemingly every improv show in town from Improv; The Musical to To Be Continued.

Derek is the Co-creative Director of Wellington based W.I.T, helping to steer them along with artistic guidance and teaching acumen. Already charting a course that will see W.I.T take on improvised soap operas and multi story long form improv as well as maintaining the community based teaching.

If there is improv work to be done, Derek will be first in line to do it.

"More than just a stand up comedy show, Derek Flores' Dude…I'm A Unicorn is a recovery in make believe; in storytelling simply as a means of expanding our imagination beyond the mundane or even the deeply meaningful." www.theatreview.org.nz

"…offers the funny man the chance to play to his effervescent strengths." Rip It Up, Adelaide

"…dynamic ball of Canadian cleverness…nothing quite so magic as improv done superbly and this was one such night." www.theatreview.org.nz

Derek FLORES is avaliable for hire. Click here to enquire.