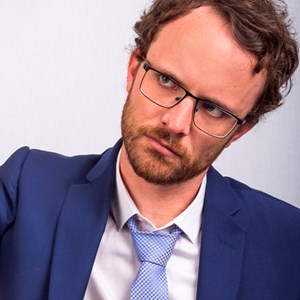 Known for his witty observations on life

Born in New Jersey, raised in northern California, and exported to his parents’ homeland of New Zealand, Luke Callaghan has a knack for roasting both Kiwi and American culture alike.

Having won the 2013 NZ Comedy Guild award for Best Newcomer, Luke now performs all over New Zealand and has been in 2 NZ International Comedy Festival shows, a 2014 RAW Comedy Quest Grand Final, and a minor altercation over a parking spot.

“Easily one of the smartest young comedians in NZ…genuinely funny and very topical.” - Brendhan Lovegrove

Luke CALLAGHAN is avaliable for hire. Click here to enquire.