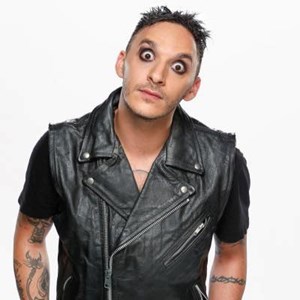 Jarred has been on the NZ Comedy scene professionally for several years now. He has performed in 4 previous New Zealand International Comedy Festivals and has sold out numerous seasons of shows.

His style of comedy and magic had him touring all over New Zealand the past 4 years; performing, recording and entertaining at some of the top corporate events nationwide.

In 2010 Jarred was nominated for The Billy T Award

In 2011 Jarred was invited to open for Steve O from Jackass in The International Comedy Festival which received great praise.

" Jarred Fell is one of my favourite acts to work with , I wish I could take him on tour with me everywhere " Steve O ( Jackass)

Jarred FELL is avaliable for hire. Click here to enquire.