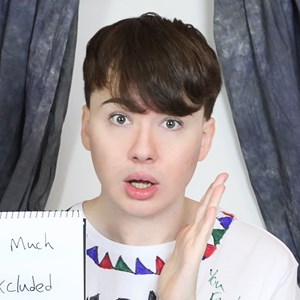 James Malcolm is a 2016 Billy T Award Nominee. His dream in life is to make it big enough to get on the Wellington High School 'Past Students Wall of Fame', which currently holds no one that he recognizes.
James took part in the New Zealand Comedy Trust Class Comedian's high school program when he was just 17 years old; and won the national 2014 Raw Comedy Quest just a year later.

His dream husband is Chris Warner from Shortland Street and he worships at The Church of Miley Cyrus.