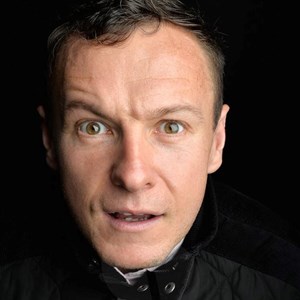 An Aussie favourite drops by for a laugh

Mickey D combines his boundless energy, infectious smile and killer wit to produce world­class comedy. He is a brilliant natural comic and amiable host ­ Mickey burst onto the comedy scene as a 17 year old and made an immediate impact, storming the national finals of JJJ’s Raw Comedy, in Australia.

Today, Mickey is recognized as a truly International comedian “the evenings brightest spark is Mickey D, a loud demonstrative Australian with a masterful command of his audience, and a quick wit" ­ The Scotsman

Since storming the Adelaide Fringe and Melbourne International Comedy Festival in 2000, this Multi Award winning comedian is now veteran of well over a decade of international comedy festivals. Mickey D has performed across the UK, throughout Europe and the States and acquired an impressive list of TV and radio credits.

His previous sell­out shows in Edinburgh include; ‘Mickey D has Detention Deficit Disorder’, ‘Mickey D was a Pub Kid’, ‘Velocity Boy’ and 'Good Bloke'. “his joyous, frisky attitude creates a raucous atmosphere that nurtures unabashed laughter" ­ Chortle Mickey is highly sought during the Edinburgh Fringe Festival, with residencies at Setlist, Late N Live, and even kids show The Breakfast Club. He is also the creator, producer and host of THE PHATCAVE – the Massively Popular, Infamous, Late Night comedy show, born out of the Edinburgh Festival.

MICKEY D is avaliable for hire. Click here to enquire.