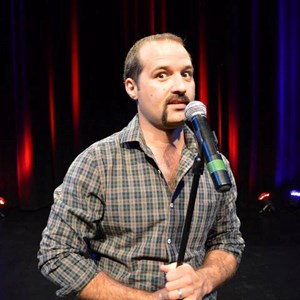 He is one of the head comedy creatives behind TV3’s top rating ‘7 Days’ and an award winning sketch writer.
Onstage he’s relaxed, experienced, and a safe pair of comedy hands that will gently rip out your funny bone and tickle your dog with it.

The top comedian on comedy.co.nz and there is a very good reason for that(the profiles are listed alphabetically).

2008 Nominated for Most Improved Comedian

2006 Winner of the Best Sketch for Classic TV

Aaron BEARD is avaliable for hire. Click here to enquire.