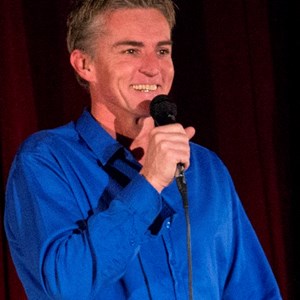 One of Wellington's most highly regarded headline comedians

Wellington-based comedian and character performer Fergus Aitken has travelled widely, performing visual and verbal comedy in over a dozen countries. Recently his stand-up has been developing along the lines of finding the humour in the everyday experiences common to us all.

He regularly works as a comedian and MC at comedy clubs, festivals and corporate functions around NZ and Australia.

In addition to headlining and MCing stand-up shows, Fergus has several well-known characters, MR FUNGUS and PIOTR FROM UZBEKOSLAVIA.
MR FUNGUS has appeared at Sweetwaters, Glastonbury Festival and the Edinburgh Fringe… and in 2014, PIOTR WAS VOTED Favourite MC at the New Zealand Burlesque Festival.

“Manic Physicality... Knicker-wettingly funny... Fergus Aitken is up there with the best…”  THEATREVIEW

Fergus AITKEN is avaliable for hire. Click here to enquire.