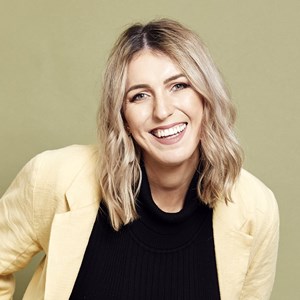 Good enough to win the 2015 Raw Comedy Quest -NZ's funniest new comedian of the year and now a rising star on the local scene.

At only 21 years old, Melanie Bracewell has shot to success in comedy. She began in 2014 as the winner of the 7 Days Comedy Apprentice competition and continued impressing audiences to win the 2015 Raw Comedy Quest. Since then, she has been in hot demand, performing at events including Rhythm and Vines and was nominated for the “Best Newcomer” award for her first show in the 2016 Comedy Festival. With goofy observations and natural stage charisma, Melanie is a master of anecdotes.

When she's not on stage, she can be found furiously trying to be funny on the internet through her popular humour blog with over 230,000 followers, meladoodle.com, or desperately trying to get her jokes down to 140 characters for her slightly less popular Twitter profile, @meladoodle.