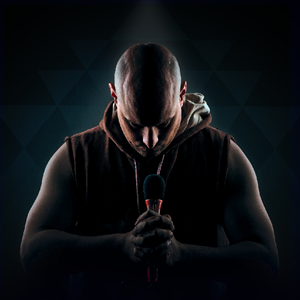 'The Dark Knight of Kiwi Stand-up' - He's match fit and ready to catch up with local fans of razor sharp stand-up.

'The Dark Knight of Kiwi Stand-up' returns to NZ after 5 years on the competitive Pro circuit in the U.K. He's match fit and ready to catch up with local fans of razor sharp stand-up.

Look out for Benjamin's return during the NZ International Comedy Festival at The Classic.

Benjamin Crellin is an internationally respected standup comedian and part of a very early generation of true kiwi standups. He began performing in 1995 at just eighteen and for many years was the youngest pro standup in the country, performing alongside other acts that were also just starting out including Mike King, Ewen Gilmour and Brendhan Lovegrove. He was the first act to take the stage at New Zealand's only dedicated comedy club The Classic in Auckland.

His standup combines kiwi staunchness with fun and mischief to deliver slick one liners and intelligent observations that explore everything from religion and race through to conflict and sexuality. Not afraid of the hard subjects, Crellin is known for his superb writing and his ability to find hilarious angles in areas where many other comics fear to tread.

This style of black risqué humor combined with his powerful stage presence have earned him the title: Comedy's Dark Knight.

In 2004 he showcased at the Montreal Just for laughs festival, with fellow kiwi comedians flight of the concords. He has had two 50 date solo tours of Canada (04,05) and a 13 date tour of South Africa. His solid work on the U.K circuit has seen him perform and headline in Brittan, Scotland, Ireland, Croatia, Spain, Bahrain and Dubai. He has written and toured 8 solo shows the most recent of which: GAGSS4THEMASSES, received rave reviews and saw him invited to perform for the second year in a row at The Vancouver International Comedy Festival, again with Flight Of The Concords.

His local television appearances include seven episodes of the standup show Pulp Comedy, four Billy T Award showcase performances (he is still known as the first "four time loser" of this award) and five appearances for The International Comedy Festival Gala. His gala routine in 2004 portrayed Paul Holmes as Gollum and was featured on the show Eating Media Lunch as one of the best media moments of 2004. In Europe Benjamin performed as a guest comedian on the Dutch television show Raymond is Laat(05).

Benjamin has also worked as an actor playing the lead in Auckland University's summer Shakespeare production of Macbeth and having parts on the T.V series Xena and Young Hercules.

Benjamin CRELLIN is avaliable for hire. Click here to enquire.