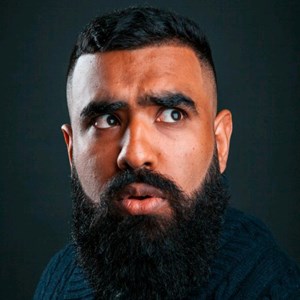 Pax is regarded as one of the most exciting young acts in the country by his peers and audiences alike.

Pax was nominated for the Billy T Award in 2013 with only 2 two years of comedy under his belt. He has gone on to appear on a number of local television shows Including TV One's panel show Word Up, TV 3s 7 Days, Maori TVs Crack Up and a regular on the critically acclaimed Brown Eye.

Born and raised in the New Zealand and the son of immigrant parents, Pax brings a unique perspective that resonates with people of every background.

Pax's hectic blend of personal stories and insightful observations will have you pondering the big questions of life whilst simultaneously doubled over with laughter.

A genuine talent with a natural gift for stand up - INGRID GRENAR, Keeping up with NZ

Pax ASSADI is avaliable for hire. Click here to enquire.