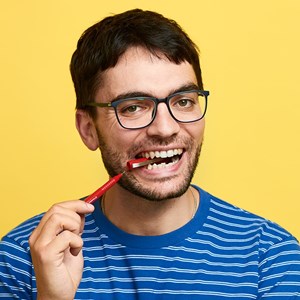 One of Melbourne's rising comedy stars popping across the Tasman to visit NZ's home of live comedy.

Based in Melbourne, Andrew is one of Australia's most exciting up and coming comedians. In 2021, he appeared in the Melbourne International Comedy Festival’s prestigious “Comedy Zone”, a showcase of Australia's best emerging comedians handpicked by the Festival. This year he presented his debut festival show "Tough Guy", which received rave reviews. He's a regular at the biggest comedy clubs in Melbourne and around Australia and he has a girlfriend who is also very funny but she's not a comedian.