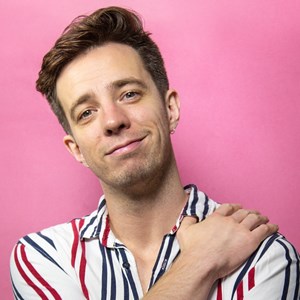 A familiar face on TV and regular at The Classic

Eli Matthewson is a Christchurch raised, Auckland based stand-up comedian who regularly performs around the country and internationally.

He’s the Head Writer of Have You Been Paying Attention, and has been seen on shows such as 7 Days, Seven Sharp and Citizen's Handbook. He's a former Head Writer and cast member of Jono and Ben and has also written for Funny Girls and co-created the sit-com Golden Boy. He has appeared in Rhys Darby’s Netflix series Short Poppies and was also a presenter for TVNZ youth music show U-Live.

His recent Edinburgh Festival debut earned him five star reviews and several sell-out shows. He has been twice nominated for the Billy T Award (2013, 2015) and in 2017 was a nominee for the prestigious Fred Award, after which he headlined the nation-wide "Best Comedy Show On Earth" tour.

Eli got his start in improv with the Court Jesters, and continues improvising with his best friends in the weekly show Snort at The Basement Theatre.

Reviews:
"He’d mop the floor with most of the recent Live At The Apollo box tickers and panel show space blockers." ★★★★ - Chortle (UK)

"a wholly modern comic, leveraging millennial woes and millennial sensibilities to deliver a set that leaves a lot of other comedians wallowing in the past by comparison […] a simply outstanding stand-up set that deserves to be massive" ★★★★★ - SHORT COM (UK)

"Undoubtedly one of New Zealand's most promising young comedians." - Newshub