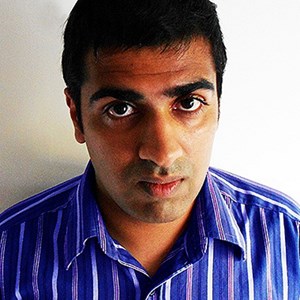 Sanjay is a mix of surreal, dark but clever humour delivered deadpan as ....

Sanjay is a stand-up performer, comedy writer and also has often been described as an "okay" human being by himself.

He has a cult following on Twitter however it's on stage where his comedy really shines.

Reviews:
"All in all, his jokes were subtle, slow-paced and deadpan - it's the type of humour I enjoy, so I loved it." - TV3

Videos:
Watch Sanjay at The Basement Theatre in April 2016