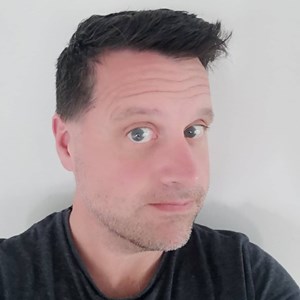 Fresh Pro comedian from 'The World' via Wellington

Michael started in comedy in the late 90s, eventually winning the Becks Beer award for Best Newcomer at the Edinburgh Fringe Festival in 2001. After a nearly 20 year hiatus he returned to comedy in a totally different country and having learned no life lessons at all.

Since then he has twice been nominated for ‘Best MC’, in the Welly Awards; won his own Welly in 2020 for being an all-round nice person; and performs up and down Aotearoa.