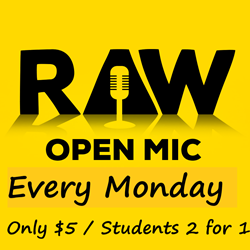 Raw Comedy ... We're back from lockdown on March 8th - every Monday

It's NZ's #1 Open Mic. Why not have a go? Or just come along and watch the thrills and spills. Always great audiences and a great atmosphere to get you started. Every Monday from 8pm. Only $5 and STudents are 2 for the price of 1. Just email scott@comedy.co.nz for a spot on the next available show. 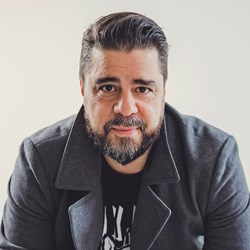 NZ’s home of live comedy, The Classic, is bringing an all-star line-up of home-grown headliners packed in to one huge 2hr+ show at the BNZ Theatre in the Vodafone Events Centre in Manukau.

MC Ben Hurley - a regular face on TV3's The Project and 7 DAYS, now recognised as one of our top headline comedians. Winner of ALL the awards including the Fred Award and Billy T Comedy Award. Voted NZ's Best Male Comedian and Best MC by the NZ Comedy Guild.

Rhys Mathewson (NZ) A regular on TV3's 'The Project' and '7DAYS' also a multiple comedy award winner including the 2010 Billy T Award for Comedy and the 'Fred Award' .

Paul Douglas - a new headliner in the industry and a standout in the 2020 NZ Comedy Gala on TV One.

John Carr - a 'local' favourite from Buckland's Beach who has carved out his own niche at the top levels on NZ comedy. Poet, rapper, cartoonist and bloody funny fella.

Courtney Dawson - Winner of the 2019 National Raw Comedy Quest and a fast rising star. Definitely one to watch.

Early booking is recommended as capacity is limited and there is only 1 show.