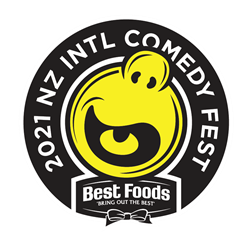 Check out ALL our shows in the 2021 NZ Comedy Festival

It's back from May 1st until the 23rd - a bumper selection of the best of our Homegrown Comedy. Check out our full line-up here. 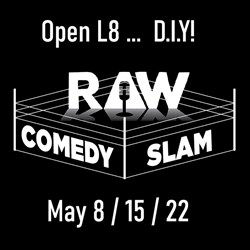 Each Saturday night our guest Pro MC introduces up to 16 rookies in a fast paced action packed comedy battle.  Can you become a Pro Comedian in just 3 weeks?

At the end of the Fest The Boss will be choosing one act to go ‘next level’ plus every Saturday night our panel of 'experts' will be picking winners including ;

The ‘Best Bit’ - the most original show stopping bit of comedy - not necessarily the whole routine.

The  ‘Best Song’ - funniest, most entertaining song of the night.

The MC's 'Audience Faves' - Even the audience will win prizes just for being good sports. Cash, Bar Tabs & Tickets to Laugh to be won. Our MC will decide.

Only open to genuine rookies. No pro’s, no ring-ins.

Contact scott@comedy.co.nz to enter. If we are over-subscribed by entries then The Boss will curate the selection of acts with preference to newer rookies.