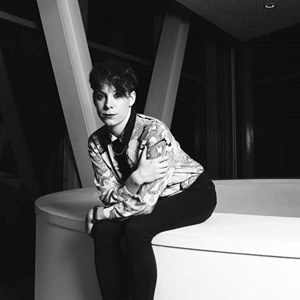 UK headliner drops by The Classic for just one night only. Must see

Suzi’s innovative style captivates audiences with her engrossing tales of social ineptitude. Lauded as ‘a real stand up gem’ by The Guardian this young independent woman celebrates her working class roots with a sideways look at the world. Regarded as one of best up and coming acts on the circuit Suzi is in constant demand at clubs and theatres across Britain. Fast establishing herself on the live circuit supporting Alan Carr, Josh Widdicombe, Kevin Bridges and Romesh Ranganathan on sell out UK tours.

“Ruffell has nabbed the working class comedy crown for her generation. Sparky, energising, fun, an accomplished act who knows how to engage an audience” ★★★★ Chortle

“Ruffell herself is hilarious, a performer with a formidable range that she utilises to the fullest extent.” ★★★★ The Skinny

“Ruffell has a great talent for telling a story then hitting you with punchlines you didn’t see coming.” ★★★★ Three Weeks