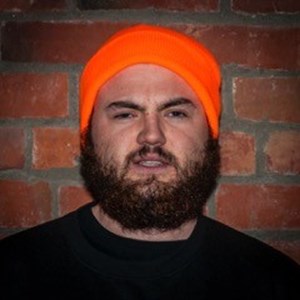 Steve is just a typical performer, apart from the fact he doesn't speak, uses props and has music playing throughout. So Steve may be not be very normal, but is a master of making the absurd funny. A daring delinquent, wearing an orange beanie and black sweater, Steve will make you bust a gut with laughter. Born in Christchurch, with enthusiasm and confidence, Steve includes the audience in an experience they will never forget.

“This is Steve hits me in the same way an album by the Ramones does.” -  echosfromthewings

Steve The Comedian is avaliable for hire. Click here to enquire.