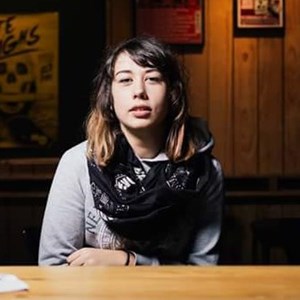 Co-winner of the 2015 Raw Comedy Quest

Growing up in Upper Hutt with a white trash upbringing, Savanna’s stand up comedy is that of a sarcastic nature and her face is that of resting bitch. A young rising star; Savanna has performed along side international comedians and her New Zealand idols, from Auckland to Chistchurch and everywhere in between. However with her heart still in her hometown, her observational style story telling will let you step into her Doc Martins and show you a world as seen by a shameless bogan.

Savanna CALTON is avaliable for hire. Click here to enquire.