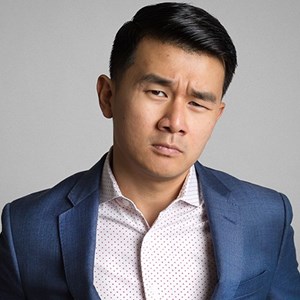 Stand up comedian and actor Ronny Chieng is Chinese born in Malaysia, raised in the USA and Singapore and moved to Australia to attend Melbourne Law School, graduating in 2009.

In 2012 and 2013 Ronny was also invited to perform at the Just for Laughs Comedy Festival in Montreal, two seasons at the SOHO Theatre in London and the Edinbrugh Fringe Festival.

In 2013 Ronny was named one of the “Top 10 Hottest Comedians” by The Age and the Herald Sun in Melbourne. Selling out his entire month long season of his second comedy show “Can you do this? No you can’t” in advanced at the MICF, and had to be moved twice to larger venues culminating in a 1400-seat show in the the Melbourne Town Hall.

Chieng toured his 2014 one hour stand up comedy special, “Chieng Reaction” which sold out weeks in advance, adding shows in Perth, Melbourne and Sydney due to overwhelming demand while being awarded the prestigious Directors’ Choice Award at Melbourne International Comedy Festival 2014 and Best Of The Fest (Local) at Sydney Comedy Festival 2014.

Ronny CHIENG is avaliable for hire. Click here to enquire.