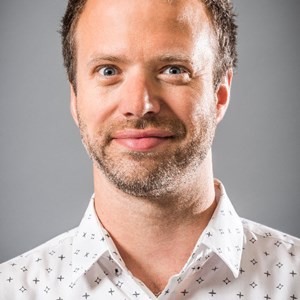 Originating from Canada, Rob has found a nice home within NZ stand-up comedy and has become a mainstay on the scene - the highlight of his experience receiving an honorary mention in this year's National Raw Comedy Quest Finals.

A mixture of observation and story-telling, Rob's punchlines seem to come out of nowhere, and tend to come often, always leaving the crowd delighted.

"His act is polished and presented flawlessly; rich laughs abound"

Rob HARRIS is avaliable for hire. Click here to enquire.