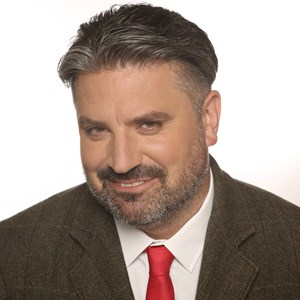 Barman turned comedian, Rich Wilson was inspired by the comedians performing at the club he worked at in Greenwich, South London. In 2004 he decided to give it a go and has since become a circuit regular.

Rich is a regular at all the major comedy clubs up and down the UK and has become a firm favourite entertaining troops across the world as part of the armed forces entertainment service.

Rich returns to NZ in 2017 having hosted the BiG Show in 2016 to sell out crowds and a successful season in 2015 at The Classic with mate, Eddy Brimson, who brought their duo show to the NZ International Comedy Festival.

Expect to catch Rich at The Classic, our favourite Late Show host and headliner. A Classic fave!!