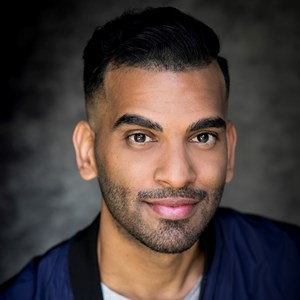 During the 2016 NZ International Comedy Festival, Mayen won the Fresh As Flick comedy competition for his impressions of celebrities giving marriage advice. He then went on to become a Grand National Finalist at the 2017 Raw Comedy Quest.

Outside of comedy, Mayen trained as an actor at The Actors’ Program in Auckland and has been involved with various television, film and stage productions both nationally and internationally. Born in South Africa and raised in New Zealand, Mayen brings a unique outlook that resonates with ethnic minorities and majorities!

Known for his impressions, voices, and absurd observations, Mayen’s comedy is an eclectic blend of personal stories and characterizations that will leave you in stitches and have you questioning his identity.

Mayen MEHTA is avaliable for hire. Click here to enquire.