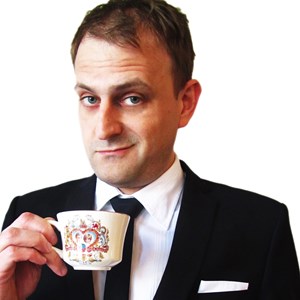 A one man cabaret! Poetry, comedy and music

Matthew Harvey is a one man cabaret of poetry, comedy, and music... no dancing though, he's rubbish at that. Originally from the U.K. but now he's here, and he's stealing your jobs and your women. He was Raw Comedy Quest finalist in 2015, was nominated for best comedy at the Dunedin Fringe 2012, he has twice toured to Canada ("...Endearingly disheveled..." **** Canadian Broadcasting Corporation) and has just recently completed his first full run at the Edinburgh Fringe Festival. But without a doubt, his career high point to date, was becoming Castleford and District Cub Scout Quiz Champion in 1986.

Matt HARVEY is avaliable for hire. Click here to enquire.