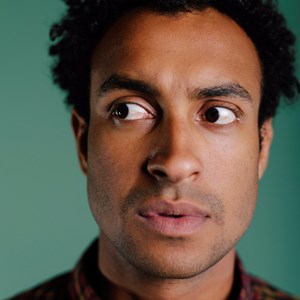 2015 was a HUGE year for multi-award winning Brisbane comedian Matt Okine, and he’s bringing it home to roost in 2016.

The host of Triple J breakfast and ABC TV’s How Not To Behave lay his hands on both the prestigious Director’s Choice Award at the 2015 Melbourne International Comedy Festival for his intrinsically personal show, The Other Guy, before scooping the 2015 ARIA Award for Best Comedy Release for Matt Okine; Live at the Enmore Theatre in November.

Okine’s career to date has seen him amass a stream of accolades in previous years including an Edinburgh Festival Fringe Best Newcomer Nomination in 2013, the Sydney Comedy Festival Best of the Fest (Local) Award in the same year, and the 2012 Melbourne International Comedy Best Newcomer Award which he shared with Ronny Chieng. He performs sell out national tours of his live shows year in, year out, graduating to larger theatres and supporting international acts including Dave Chappelle and Chelsea Handler, as well as appearing regularly in several TV shows including ABC TV’s It’s a Date and Dirty Laundry Live and SBS’s Legally Brown.