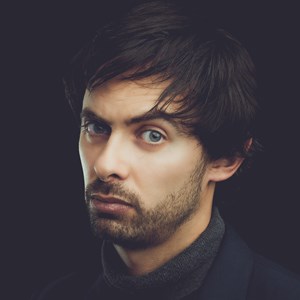 Flâneur, raconteur, bon/viveur, and easily the greatest UK/based French comedian around, Marcel Lucont (as seen on The John Bishop Show and Comedy Central at The Comedy Store) resurrects his acclaimed improvised show for one night only, as part of 2018’s Tour Du Monde. Deigning to entertain the delusional with disdainful observations about the hopelessness of their own lives, Marcel is offering up one final Whine List to the baying masses of Auckland.
A kind of group therapy where everyone potentially will leave more depressed.

Marcel has appeared on TV in New Zealand on 7Days (THREE) and Best Bits (TV1); as well as overseas on Ricky Gervais’ “Derek”(C4), Set List (Sky Atlantic), The John Bishop Show (BBC1) and Comedy Central At The Comedy Store.

Reviews:
“Hilarious… comedy doesn’t get much better than this” ★★★★★ - Adelaide Advertiser

“Marcel’s control of the audience is like that of Stewart Lee. And I have no higher praise than
that… he is ruthless in his rule of the hour” ★★★★ - The Scotsman